As if there weren’t enough ways to share your location with friends (think Foursquare, Facebook Check Ins, Google Latitude), it’s now even easier with the new Facebook feature Find Your Friends, that unleashed today via an update.

What’s New in Version 3.4.1
– Find your Friends on Facebook using your phone
– Add your phone to your profile
– Bug fixes 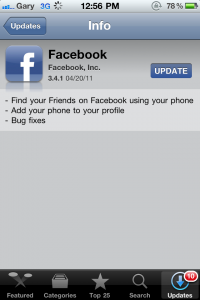 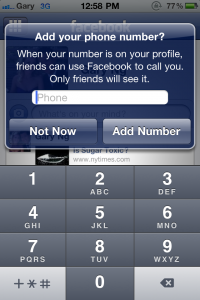