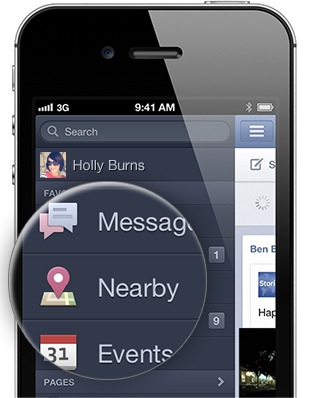 Facebook has announced an update is coming to their Nearby feature within their iOS app. The update will make it easier to discover local places your friends have checked into and other places, like restaurants:

From the app menu, open the tab to find local spots your friends have recommended, checked into, or liked. If you’re looking for a place to eat, choose a category like Restaurants to see what’s nearby. When you find a place that looks interesting, tap to see info like friends who’ve been there and business hours.

When it comes to local business listings, you can also rate and share your views on establishments and view what your friends have written too. This new update to Nearby essentially lets you easily see customized ratings of businesses written by your friends. You’ll always know where to go and what places to avoid.

The update is rolling out later today, so you should see the update hit the App Store soon. Facebook notes in the future they will add places from third party services.

Just three days ago Facebook released an update to improve loading speeds of your news feed and also to allow photo uploads to individual albums.