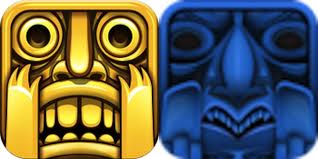 According to The Guardian, his name is Anton Sinelnikov and he makes fake apps–games mostly–intended to dupe iPhone and iPad owners into buying one of his titles instead of the real thing. Fake apps that are costing real independent developers lost profits, costing customers lost cash, and generating a mixed response from Apple.

Sinelnikov’s fake apps are designed to look like the real thing, at least until you purchase one. Titles run the gamut from Numbers with Friends, Tiny Birds, Angry Ninja Birds, Plants vs. Zombie, and Temple Jump. Before their removal by Apple this past week, the knock-off apps garnered negative and angry reviews from users who’d mistakenly purchased the fake titles. But in some cases Apple was slow to remove the fake apps.

Keith Shepherd, founder of Imangi Studios, creator of the popular Temple Run game, tweeted throughout the week about Temple Jump, the knock-off app created by Sinelnikov. When Apple pulled some of the earlier knock-off titles from their store, Shepherd continued to tweet, wondering when the fake app based on his game would eventually be taken down. It was, sometime early this morning, but not before an unknown number of customers were duped and not without press attention.

Still, there are some serious questions that need to be asked of Apple’s App Store policies. Surely an argument can be made that fake apps, like the kind created by Sinelnikov, which do nothing more than trick a customer out of their money, should be taken down. But what about apps like Dream Heights? Zynga’s clone of the incredibly popular Tiny Tower which debuted in Canada this past week. Is there a case to be made for games being too similar? And where do we draw the line?

Are knock-offs just part of the App Store economy and, if so, will the market take care of itself and weed out the imposters?