Feedly for iOS Updated to Fix “Feedly is Over Capacity” Error

A while back we told you how the Feedly team had acknowledged the error with its iOS app where those logging in with their Google Accounts, immediately after Google Reader had died. The issue was not with Feedly, but rather with Google.

Anyways, the Feedly iOS app has been updated to fix this error and now you can login with your Google credentials and access your RSS feeds without any issues. 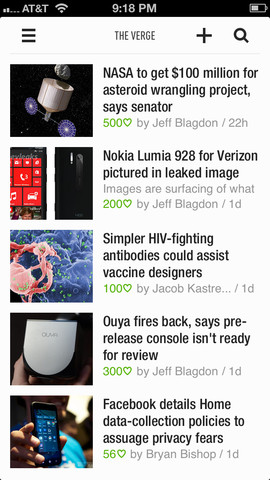 Right now, it’s a toss up between Digg Reader and Feedly for us on the iPhone. The latter needs to fix the scroll issue so we can scroll to the next page without it jumping, as it’s really annoying.