Subatomic Studios (the makers of Flight Control) has made their classic iPhone game, Fieldrunners, free for the weekend until Sunday, April 30th. The game was updated a couple days ago to support 64-bit iOS devices and widescreen aspect ratios, along with bug fixes and improvements to gameplay. This was the first update in four years!

This tower defence game has been heralded as one of the best iPhone games back when it launched in 2008, and later was ported to the Nintendo DSi, PSP, PS3 and other smartphones. 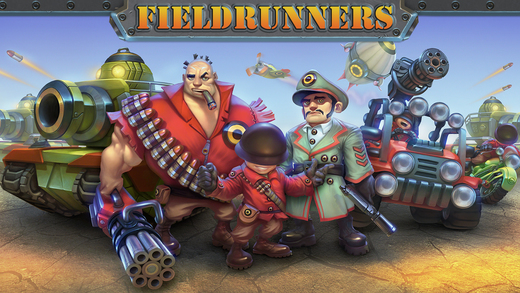 I had lots of fun playing Fieldrunners when it first launched and if you’ve never tried the game, it’s worth the free download.

The game’s sequel, Fieldrunners 2, was released in the summer of 2012.