Square Enix has put Final Fantasy VI for iOS on sale for 50% off at $9.99 CAD, as this price drop is to “Commemorate the FINAL FANTASY BRAVE EXVIUS FFVI Event!” explains the company. 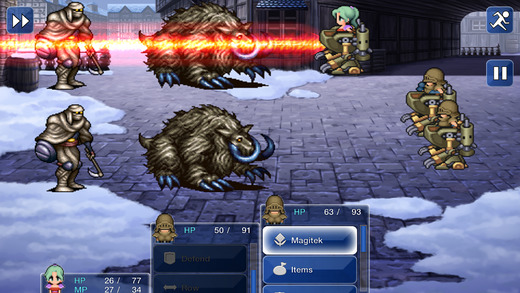 Final Fantasy Brave Exvius for iOS launched their Final Fantasy VI dungeon event last week, which goes until May 5 at 1AM PST. The event will feature the following five classic characters: Gau, Kefka, Setzer, Terra, and Trance Terra. Starting tomorrow, there will be a new high difficult boss available, while the event also introduces rare monsters and Summon Tickets.