This week, Apple released a small update to the Find My iPhone app. You know, the free feature Gordon Ramsay uses to track his children.

The app is a universal iOS app, meaning it works on all iOS devices, and is now at version 1.2.1.

The new update seems to have only delivered stability improvements with no noticeable interface or feature changes. 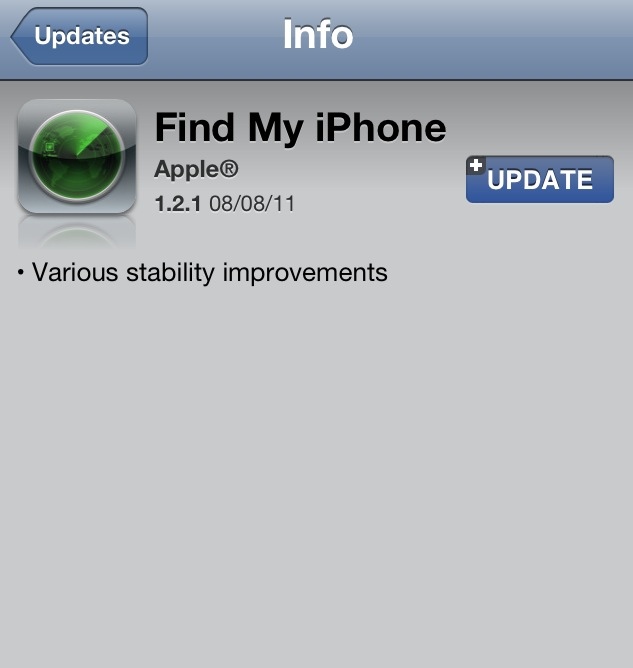 Find My iPhone is available for free in the App Store.