Finish Off the 2012 Calgary Stampede With their Official iPhone App

The 2012 Calgary Stampede celebrates its centennial this year, with the event already started on July 6th and ending July 15th. If you haven’t visited yet, be sure to download the official Calgary Stampede 2012 iPhone app before you go. The app will save you from carrying the event’s booklet and provide you with all the relevant and necessary information about events, venues and more. There’s even a map to help guide your visit.

FEATURES INCLUDE:
Schedule – Search/browse the entire event list, create and save filters based on category, sub-category, track and venue

Map – See what’s going on around you at Stampede Park 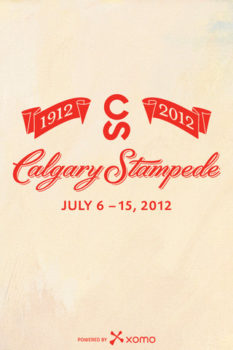 Reviews of the app have noted it does require a data connection, and there was one particular instance of the app schedules not being up to date. Aside from those issues, this looks like it could be a very handy reference for those attending the final days of the 100th Calgary Stampede.

Click here to download the Calgary Stampede 2012 app–it’s free. Let us know how well the app works out for you!