FireCore, the team behind the popular aTV Flash software for jailbroken Apple TVs, has released a new media player app for iOS called Infuse, that supports viewing popular video formats such as AVI, MKV, and WMV and allows you to organise and browse your videos in a visually engaging layout. The app is now available for download in the App Store ($4.99) as a universal binary, which means it has been optimised for both iPhone and the iPad. 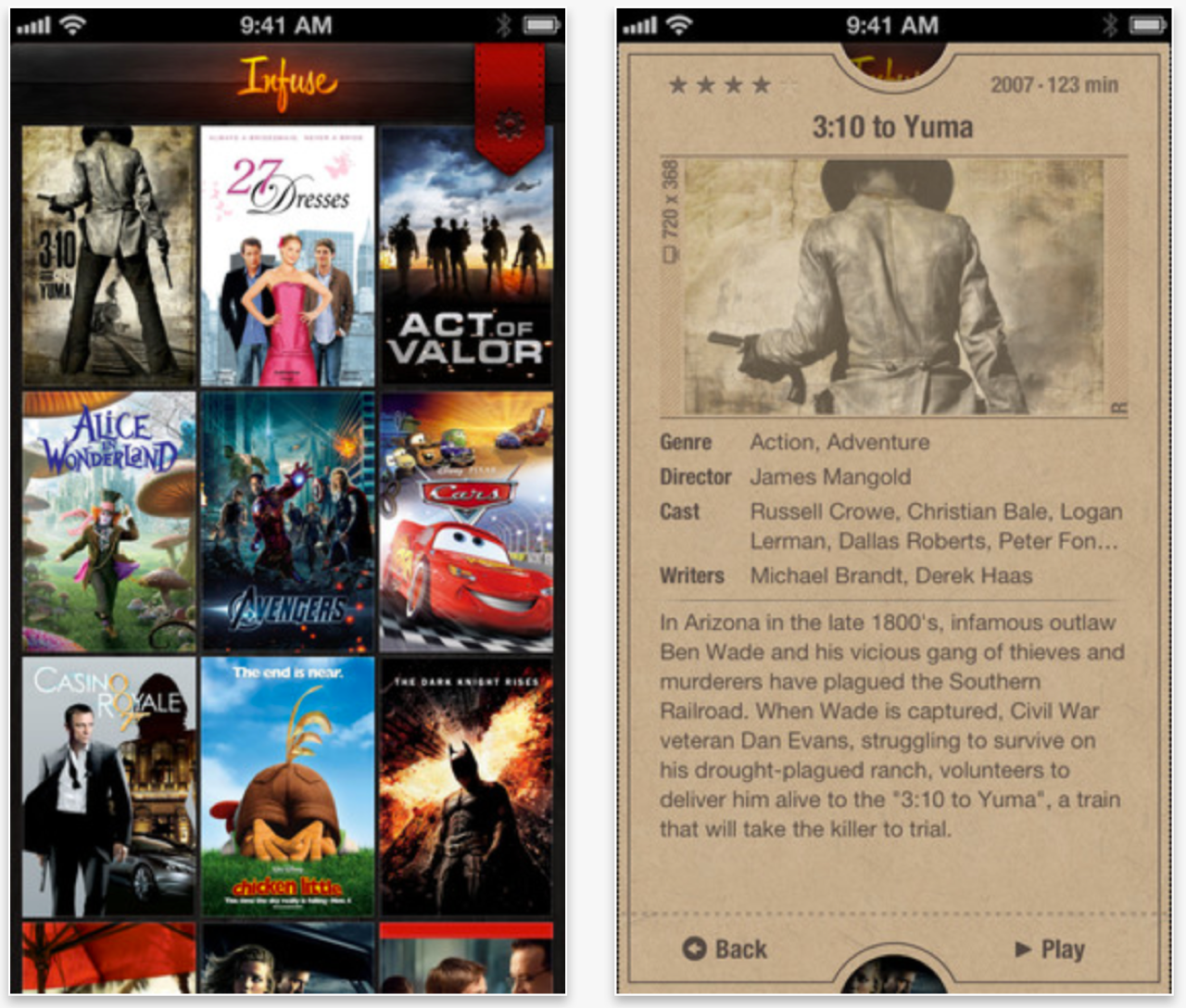 Designed for movie buffs and casual users alike, Infuse for iOS provides a powerful set of features that are extremely simple to use. The app supports 14 different video and audio formats including support for Dolby Digital Plus (AC3 and E-AC3) audio. Users can play synced iTunes content, as well as connect Infuse to trakt.tv and automatically ‘scrobble’ your watched content to your account.

Infuse for iOS is a new way to enjoy media on an iPhone and iPad. Gone are the days of bland gray layouts, Infuse wraps your favorite videos in a warm bath of artwork along with pertient video details