Last year Mozilla acknowledged they had planned on releasing Firefox for iOS users, and today the app is available worldwide, after recent soft launches in New Zealand and Canada in September. 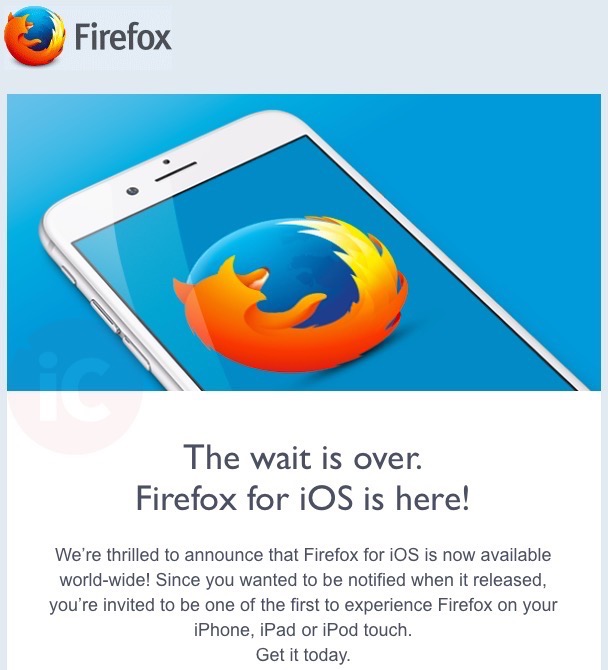 This latest worldwide release update adds bookmark syncing with Firefox accounts and a private browsing mode. Firefox for iOS is touting features such as an “intuitive” visual tab design, syncing and intelligent search as its benefits.

Third party browsers in the App Store are required to use Safari’s WebKit engine, so that means Firefox is not powered by its own Gecko engine. Similarly, there is no way to change default browsers within iOS (unless you’re jailbroken), so it can be more work to make a browser such as Firefox your main surfing companion.

Click here to download Firefox for iOS in the App Store—and tell us what you think of it.