Apple’s free App of the Week in iTunes this week is Flowing, a meditation and mindfulness app.

It offers relaxing music and nature sounds, recorded with “a psychoacoustic microphone that captures sound the way you hear,” using the same ideas from 3D movies and 3D glasses, which can be applied to your stereo headphones, explains the developer. All sounds are encoded in AAC for high quality listening. 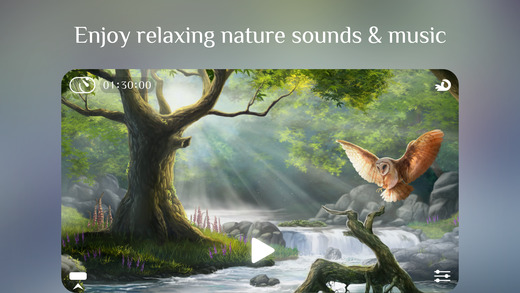 The app also comes with three guided meditations, a sleep timer and more to keep you relaxed and energized. The app normally retails for $2.99 USD but it’s free until next Thursday.