Apple’s free App of the Week is platform puzzler illi, normally a $2.99 download in the App Store. Here’s how the developer describes the game:

As the creature illi, you jump your way through a strange world where gravity follows you! Things you take for granted in your world is different here. illi travels through portals and enters barren worlds where she gathers light crystals that remain. The creature illi can bend the fabrics of the world and make gravity-defying jumps. Each new unique world introduces new mechanics, traps and obstacles, which will make each world a bigger and more difficult task than the last. 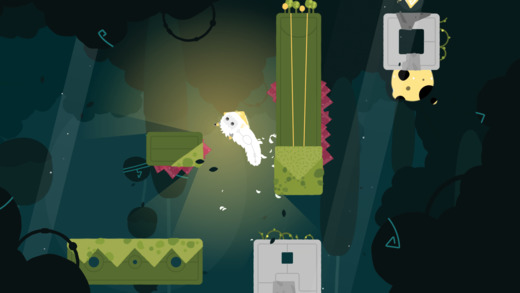 The puzzler includes 60 levels and over 170 quests to be completed, and supports English, French, German, Italian, Spanish, Japanese and Chinese.