MindNode aims to make mind mapping “delightful” and it’s currently available at no cost as Apple’s Free App of the Week. The app’s description is below:

Mind maps are a visual representation of your ideas, starting with a central thought and growing from there. MindNode allows you to brainstorm, organize & share your thoughts in an intuitive way, so you can focus on the idea behind it. The clean interface lets you concentrate on generating and connecting thoughts, and an infinitely expanding canvas means that no matter how big or complicated your project gets, MindNode can keep up. 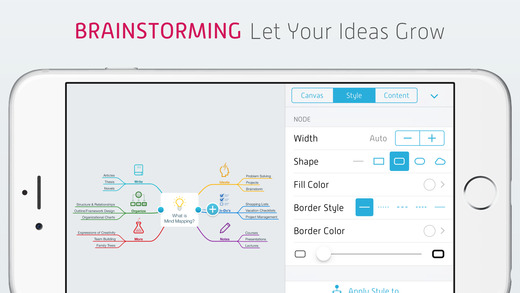 If you’re a student, artist or project manager, MindNode says it can help you get more creative and organized with “less effort”. Mind mapping can apply to any discipline, so this is definitely a helpful app to have.

Below is a video demo of MindNode: