Future Shop has announced today their iPhone and iPad apps have been downloaded almost 500,000 times since their launch in the fall of 2010. Today, as part of the announcement the 2.0.1 update was also announced (the 2.0 update was released in May of last year). 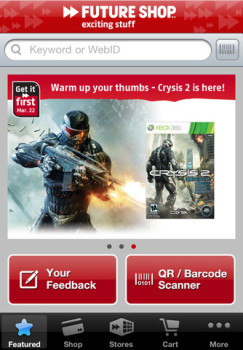 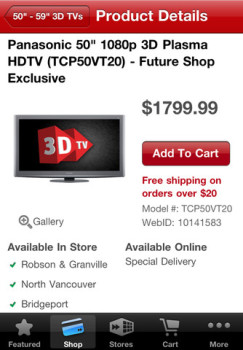 Based on feedback from customers, the new update includes better experiences viewing the “Sale” section, browsing and searching flyers and instant access to more product and service offerings using the built-in QR code scanner. The app is a quick way to search for items, and even if you don’t want to download the app Future Shop also has a nicely designed mobile web app, which was launched late last year: 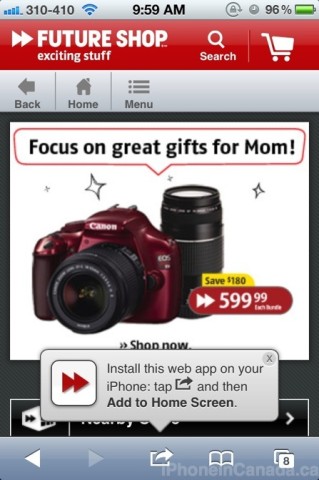 The Future Shop app 2.0.1 update is free of course, you can download it here from iTunes.