Apple released iOS 6.0.1 to the world today for download. Just a quick PSA for those about to update–note this update causes Facebook to crash upon opening the app for a second or two. Reinstalling the app does not fix the problem. Looks like this is a Facebook issue and not iOS issue as it’s crashing for everyone.

So if you are a Facebook addict, stay away from iOS 6.0.1 until an update is pushed out for the latter, or stick to the mobile version at m.facebook.com. 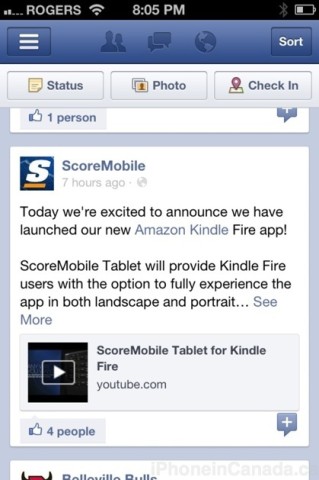 Update: Looks like the crash is happening for some, but not others.

Update 2: Looks like this crash is for all versions of iOS–so iOS doesn’t look to be the blame. Updated the above.

@iPhoneinCanada Crashing on all versions, not just 6.0.1

Update 3: Facebook is back online. You can rest calmly now.