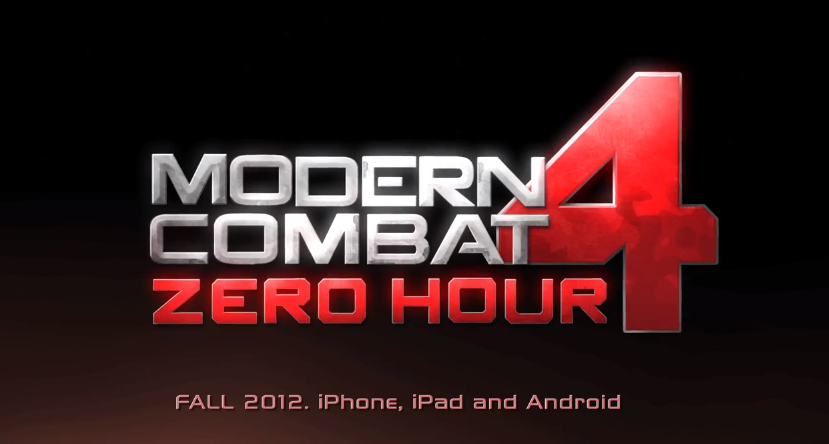 If you have ever played a Gameloft mobile game, you would be impressed. These games easily take your device’s GPU to the max by displaying intense gameplay graphics. Modern Combat has been one of the most popular releases by the company, and today they have released a trailer previewing their upcoming release, Modern Combat 4.

Modern Combat 4 will be available on iOS devices, including the iPhone, iPod touch, and iPad upon the release. An exact release date hasn’t been pinpointed, but we do know it’s sometime during the fall season. The game should work amazing on the new iPhone 5 due to the faster processing unit and upgraded GPU.

Here’s a glimpse at what’s to come:

This version of the game is labeled ‘Zero Hour’ and is destined to include the new ‘Wild Blood’ unreal graphics engine. Based on the video alone, the graphics are utterly amazing. It feels more like console gaming, as if it were a new Black Ops release.

That’s all the details we have on the game for now. We will be sure to keep you updated as the game nears a release. You can check out Modern Combat 3 and try it out in the meantime.