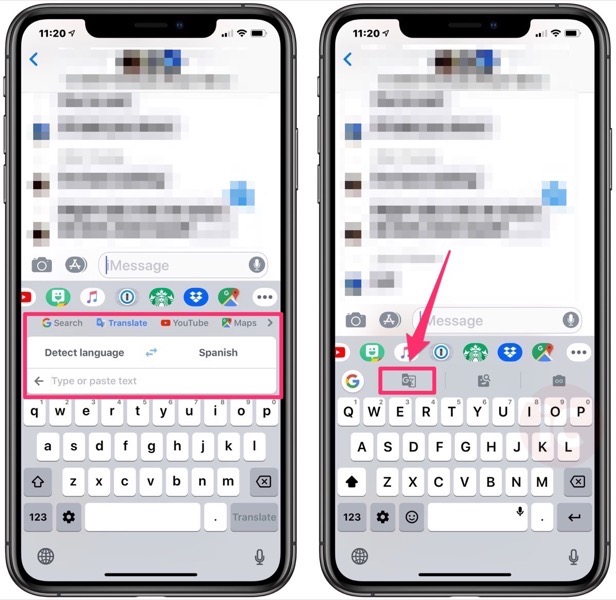 Google has updated a handful of their iOS apps lately, bringing more features and support for iPhone and iPad users.

The implementation is pretty seamless within Gboard. Just tap the Translate icon and you can then type or paste in text. Google Translate will autodetect the language which you can then translate by selecting a language on the right.