If you’re a fan of Shaw Media’s Global Go for iOS, the app received an update this morning which brings a brand new interface, which the company says makes for easier navigation.

The new layout brings a carousel-type interface with larger thumbnails, so you can swipe to the left to navigate between shows. The update also says there is now better Live TV Streaming and playback (requires your cable subscription login).

Below, you can see the old interface on the left; the new design is on the right: 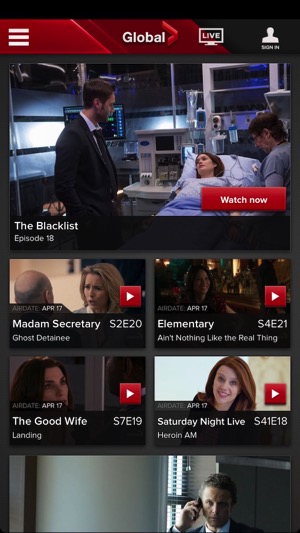 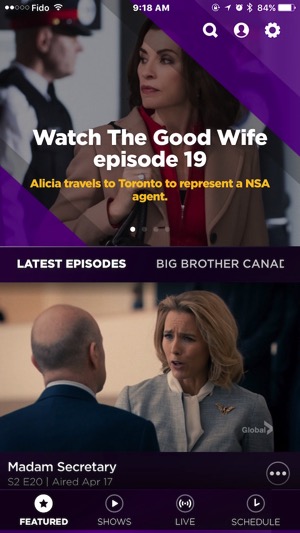 • A new user interface with content filters makes it easier than ever to find your favourite Global shows, interviews and behind the scenes content.
• Improved app performance with a focus on video playback.
• Exposed navigation allows faster access to all app sections.
• Enhanced Live TV Streaming and playback experience.
• Bug fixes.

Global Go for iOS first debuted back in the fall of 2013, and by year’s end, Shaw said it was available to over 7 million households.