The Globe and Mail recently updated their iOS app to introduce a new offline mode, allowing readers view articles with no data connection.

Users can toggle on or off this new offline reading mode from the Settings page within the app, which is enabled by default. 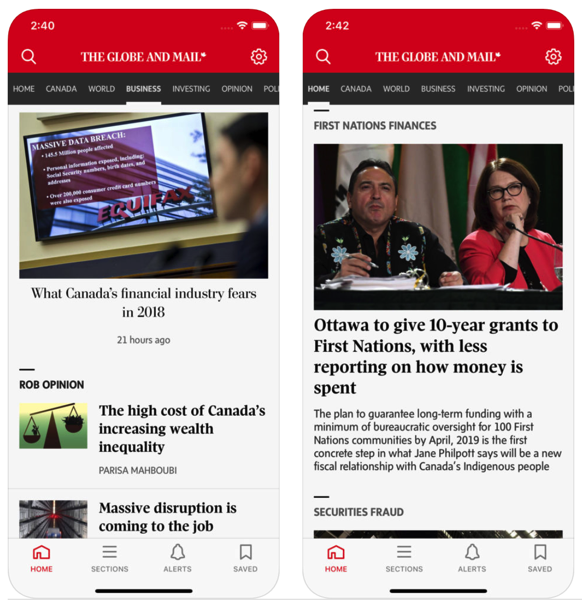 The features allows users to manually download new content, or let the app do it for you “intelligently”. Offline reading preferences include options to download content only when connected to Wi-Fi (default) or an option to use your cellular network.

The offline mode allows users to customize which sections they want to download for offline reading, making the feature handy for those without data or Wi-Fi access, or have small data plans.

The app update also includes a “more consistent content reading experience,” while there have also been some performance improvements and miscellaneous UI tweaks.

Apple is currently highlighting this latest update from the Globe and Mail in the App Store.

Click here to download the Globe and Mail for iOS—let us know what you think of this offline reading feature.