For those who have had Bold Text enabled on their iPhone since iOS 7, Gmail for iOS now supports the display setting, as part of today’s update for Google’s email app.

The ‘before’ image below is what Gmail looks like in iOS 10. The ‘after’ screenshot is with Bold Text enabled. As you can see, the mail sender name and subject line gets a notch bolder: 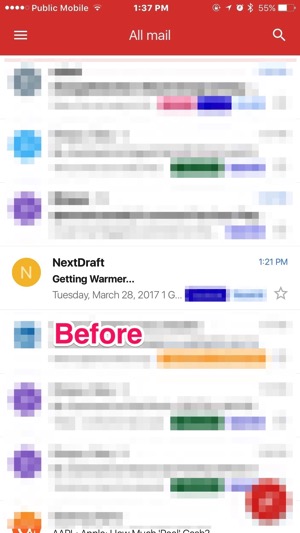 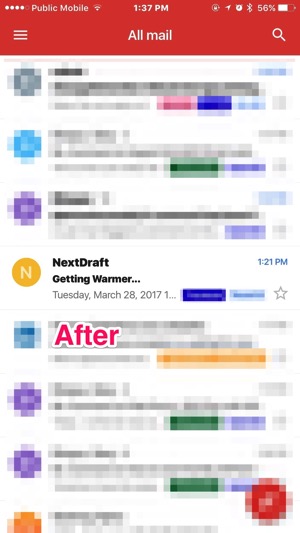 Gmail for iOS didn’t note the addition in its update release notes, so if you live in Gmail and also have Bold Text for your aging eyes, this is a welcome tiny addition.

To enable Bold Text, just go to Settings > Display & Brightness > Bold Text > Toggle ON. Your phone will be required to restart (which is now noticeably faster in iOS 10.3).