Google’s ‘Inbox by Gmail’ iOS App Now Open to Everyone, No Invitation Required

Google today announced at its developer conference its Inbox by Gmail app for iOS is now open for everyone, which means invitations are no longer required. The app also got an update to bring new features such as Trip Bundles, new swipe settings for delete, signature settings, undo send and more.

What’s New in Version 1.3.0
**Thanks to your feedback, Inbox is now open to everyone—no invitation required.** 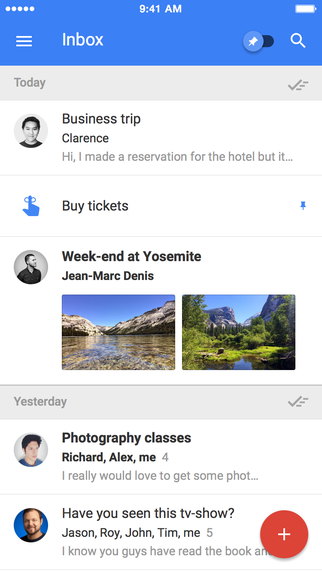 Inbox by Gmail launched last October in beta and required an invite to use the app. This February, the app launched for the iPad and last month added ‘custom snooze’ options. This new update may make me want to use the app again (but I think you’ll enjoy Readdle’s upcoming Spark mail app more).