Gmail for iOS has reached version 4.0 today, which brings some pretty cool features, particularly the ability to archive or reply to an email from a notification. This means if an email notification pops up on your lockscreen, you can take action right away, which is just awesome. 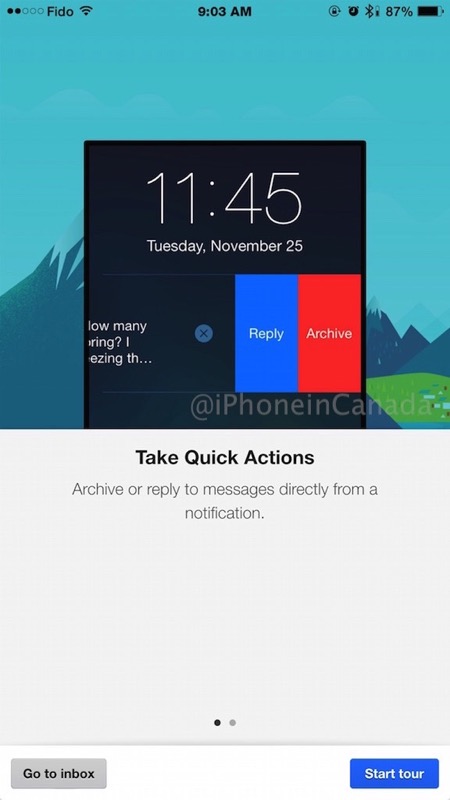 Also new is the ability to email files from other apps plus the launch of a new attachment viewer, which opens them into any app. So this means instead of using Mail as default to email photos, you can now choose Gmail.

You will need to toggle it on first. Tap the ‘share’ icon in the bottom left, go to ‘More’ (swipe to left), then toggle Gmail ‘ON’. Once enabled you’ll see it in the share sheet below: 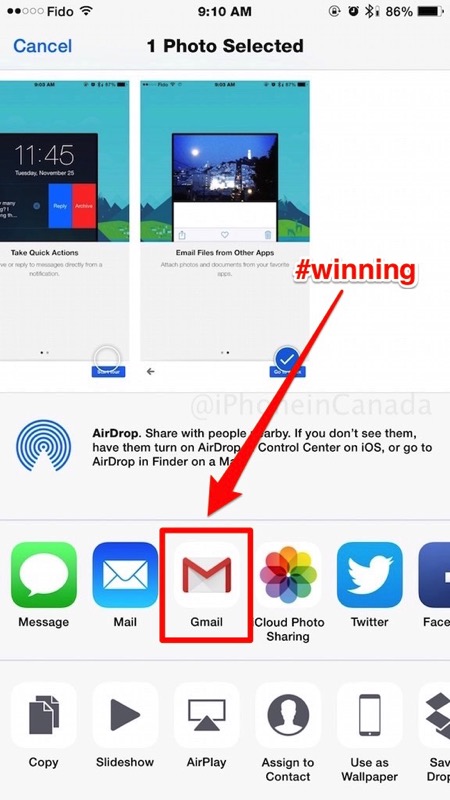 Gmail for iOS keeps getting better and better. Click here to download it from the App Store.