Last spring Shotzoom unleashed a new version of their Golfshot GPS for iPhone, based on the freemium model which added in-app purchases for Pro features (and based on the former PGS TourCaddie app), available at $29.99 annually or $4.99 monthly. 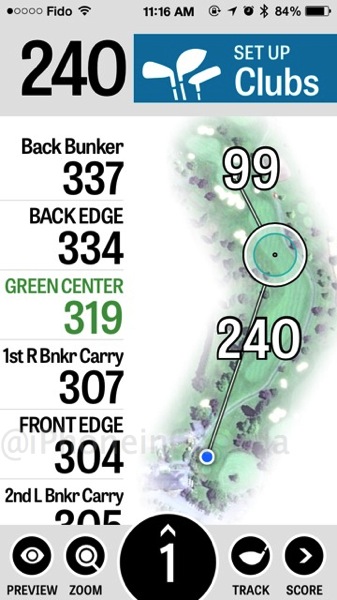 Golfshot: Golf GPS has received an update today which notes the GPS system has received a major overhaul to improve performance and accuracy. For the companion Apple Watch app, a new user interface now adds front, centre and back pin placement yardages on the app’s main screen. 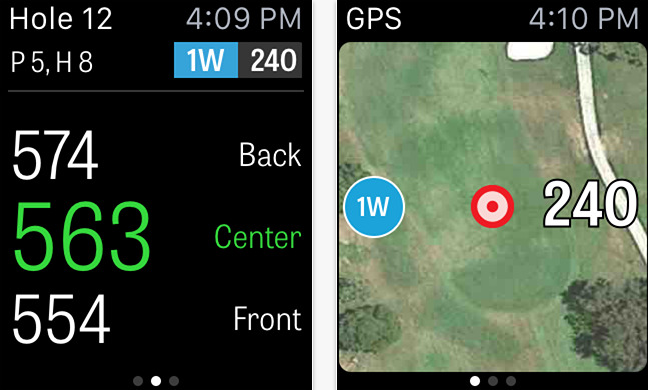 What’s New in Version 2.3
Major overhaul to the GPS system. This update should significantly improve GPS performance and accuracy. Additionally:

To help increase battery life while using the GPS, we recommend:

– Using Power Save between shots. When using Power Save, do not lock your screen. Golfshot will automatically turn your screen off if you put your phone in your pocket or bag.
– Decreasing the Background GPS time in settings. When combined with Power Save, this will minimize battery drain due to GPS.

We’ve been able to test out Golfshot once this summer, just partially for a few holes. While it’s helpful as an overview I found it to be more of a distraction, and now rely more on my rangefinder for more accurate yardages.

Click here to download Golfshot: Golf GPS in the App Store—it’s free. Golfshot Plus is still available as a standalone purchase of $34.99.