Google Assistant Helps You Get ‘Spooky’ for Halloween

Google has shared how its Assistant can help users get ready for Halloween, and “get you in the spooky spirit. Here are some queries you can ask:

We tested out the queries below and Google Assistant told us to be Cupid for Halloween (thanks for that): 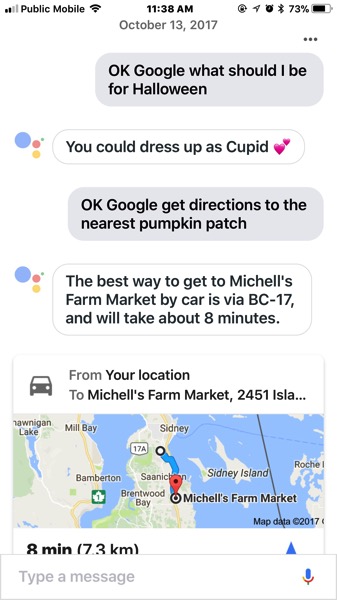 The directions to the nearest pumpkin patch were accurate, the candy list worked, while the query about scaring me and getting spooked brought up some search results to YouTube.

Google Assistant for iOS originally debuted in the U.S. App Store, only, but finally hit the Canadian App Store three weeks ago. Click here to download it.