Google today has updated its Docs, Sheets and Slides iOS apps with some minor changes, but the big one being the support of Touch ID now for passcode lock, making it much easier to unlock documents instead of entering your 4-digit PIN.

Here’s what it looks like (don’t mind the ‘Try Again’ message, I was taking a screenshot): 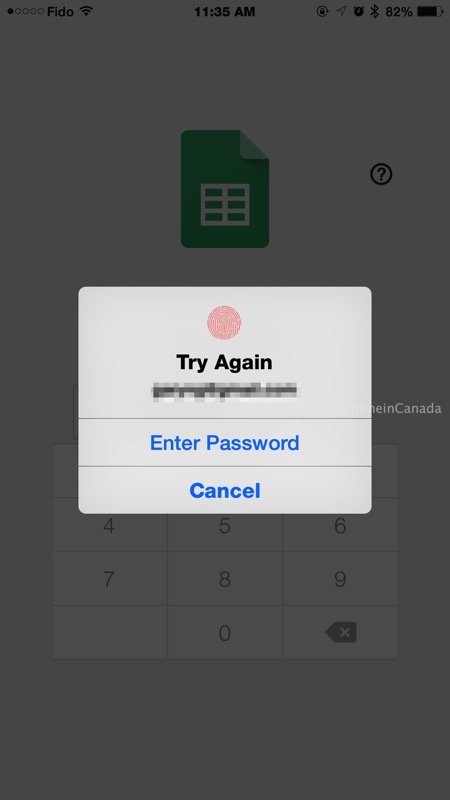