Today Google has officially launched the Google eBooks store in Canada. U.S. readers had access to Google eBooks when it debuted there last December.

Titles will be available from publishers such as Penguin, Random House, HarperCollins, House of Anansi, Dundurn and McGill-Queen’s University Press. Canadian publishers part of the store include McClelland & Stewart, Douglas & McIntyre, House of Anansi and Dundurn. Two independent Canadian bookstores also teamed up with Google to allow purchases outside of Google eBooks, including Winnipeg’s McNally Robinson and Campus eBookstore from Kingston.

Google had this to say:

“When you buy a Google ebook you actually get it in an open format — you don’t need to buy a device from us. You can read a Google ebook on any device that supports an open standard,” Scott Dougall, director of product management for Google Books, said from California.

“You’ll also have access to the global Google cloud — so wherever you go, your books will be there and accessible to you.”

Downloaded books can be read with the free Google Books iOS app, set to read the hundreds of thousands of titles and over two million free public domain offerings. With cloud support, Google eBooks is seen as competition for Apple’s iBooks and Amazon. 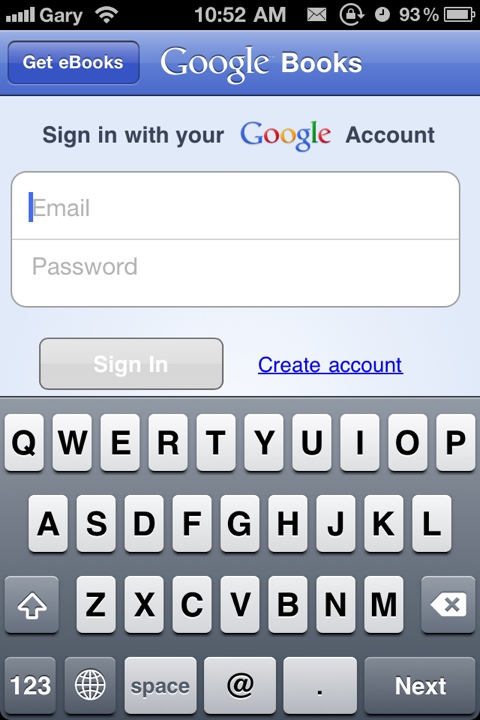