If you’re a heavy user of Google for communicating then you’ll be pleased to know the Hangouts iOS app has received an update with some new features. Hangouts enables users to seamless sync their chats from various devices to keep you connected. This new version brings the following updates:

What’s New in Version 1.1.1
Thanks for using Hangouts and sending feedback! This update addresses some of the top requests we’ve heard from you: 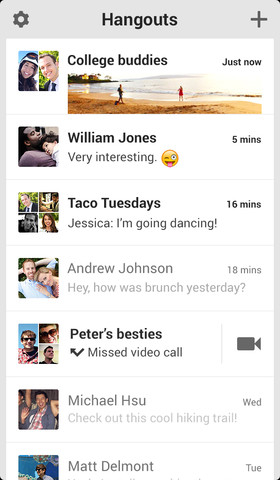 Google Hangouts for iOS launched back in the middle of May and essentially replaces Google Talk, Google+ Messenger and the original Google+ Hangout video conference service. As an occasional Google Talk user, Hangouts has turned out to be an excellent replacement of other apps for my chat needs.