Google has released a sizeable update to Google Maps for iOS, as 3.0 is now available with new features.

For parts of Canada, the U.S. and Japan, you now get lane guidance during turn by turn navigation. Offline maps are now available as you can save specific maps to use offline. New filters are also available to explore areas around you, plus now there is integration with Uber to compare route options (Google Ventures has an investment in the company), as the app will open with one-click. For transit users, you can now get walking information with your next bus or train. 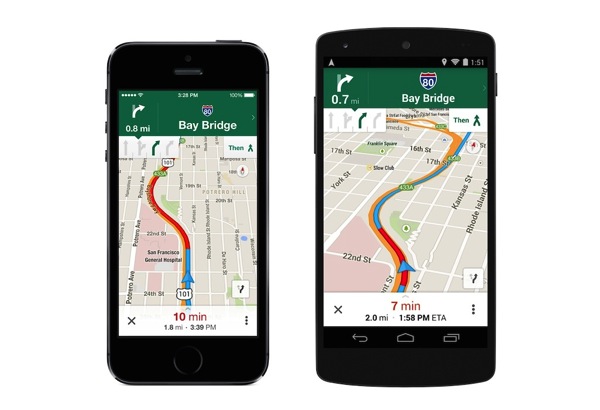 What’s New in Version 3.0.0
New features
• Turn-by-turn navigation now gives lane guidance and quick access to route overview (US and Canada only)
• View travel time, distance, and estimated arrival all at once in navigation mode (US only)
• Save offline maps to a custom list for when you’re traveling or have a slow connection
• Transit results now display total walking time of your trip and the next scheduled bus or train
• Filter search results for restaurants, bars and hotels by rating, price, opening hours, and more (US only)
• Sign in to see your “Places to review” list from recently saved or searched-for places
• If you have the Uber app installed, open it right from Google Maps when comparing route options

Things you’ve been asking for
• Access your iPhone or iPad contacts directly from the Google Maps app
• Tap and hold anywhere on the map to drop a pin, save and share that location
• Search without typing using Google Voice Search
• Scale bar to estimate distances on the map

The update is rolling out right now. This is my maps app of choice as it just keeps getting better. Let us know how you like this update.