Google today has announced they have added numerous ski trails to Google Maps for over 100 resorts in Canada and the USA. Users can load up Google Maps for iOS or on the web to see an outline of various ski runs. The feature is handy if you are on the mountain and want to know exactly where you are relative to other trails.

With a month left in the season, we've added over 100 ski resorts across the US and Canada. Check them out on http://t.co/UwtxUnqKTi

Pictured below are runs from Cypress and Grouse Mountain as seen within Google Maps for iOS, as both were added as part of today’s update: 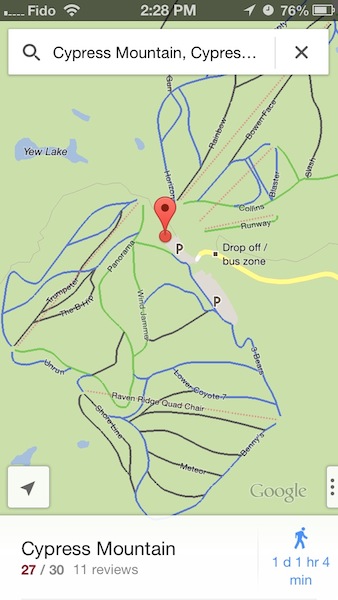 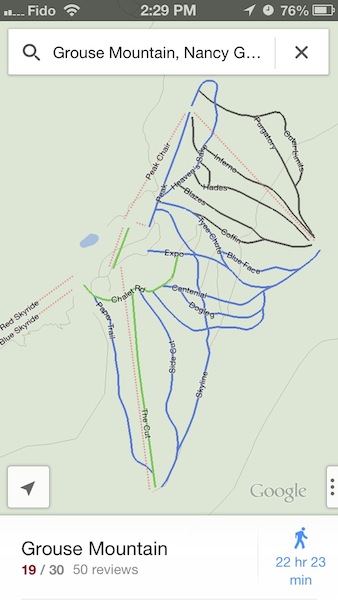 You can see a full list of the newly added Canadian and US ski resorts here. Let us know if you are going to give this a try with the ski season coming to an end.