Google Maps for iOS has received its first major update. The new features include the ability to search your Google contacts if you’re signed in, plus there is now the ability to search for local places by tapping on tabs (restaurants, coffee, bars, attractions). You can also now choose between Kilometres or Miles for your distance unit, available in the settings. Previously, this was determined by your region format.

What’s New in Version 1.1
* Search your Google Contacts; sign in to have your saved addresses show up when you search for friends and family by name.
* Quickly search for local places by selecting popular categories such as restaurants, bars, cafes, gas stations, etc.
* Choose between Kilometers or Miles for your preferred distance units.
* Note that some features may not be available in all countries. 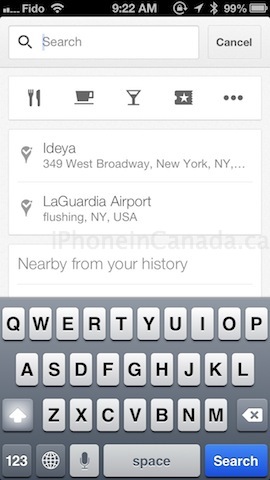 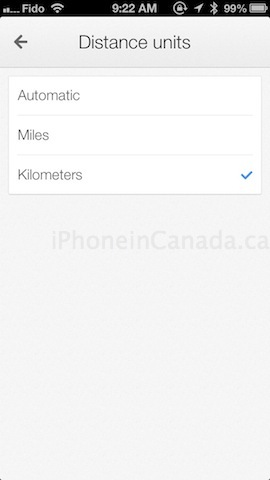 Click here to download Google Maps for iOS–it’s free. Let us know what you think about this update. Still waiting on access to our local contacts.