Google Maps has received an update to now display gas prices when users are searching for gas stations in Canada and the USA. Gas stations will now list prices for regular unleaded beside them, which can be viewed right on the map, or in list view, as seen on our screenshots below: 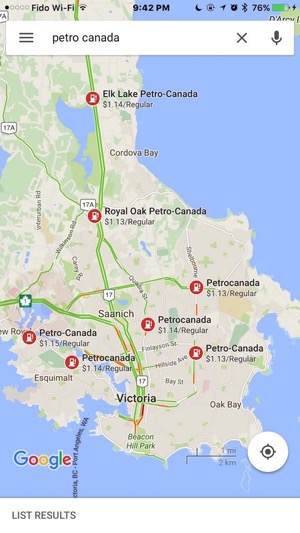 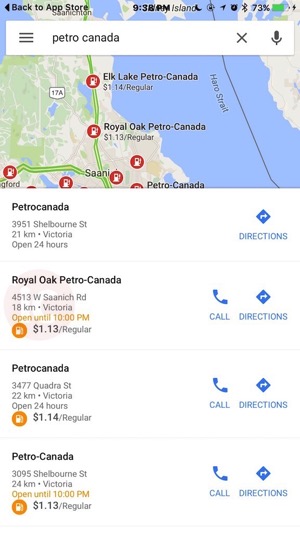 What’s New in Version 4.13.0
• See popular times at more than a million places around the world
• See up-to-date gas prices when searching for gas stations in the US and Canada
• Bug fixes

Google also notes popular times are now listed as well, to show when businesses are the busiest, so you know when to avoid them during your holiday shopping (the feature also debuted in the Google search iOS app earlier).

The addition of gas prices to Google Maps first arrived back in October for Android users, and now it’s available for iOS. Most likely, data comes from the search giant’s acquisition of Waze, which has long had gas prices available. This looks like a handy feature, except gas stations usually all have the same bloody prices (where we live anyways)!