Google Maps for iOS has been updated to version 4.3 which adds a few new features, such as the ability to see businesses nearby when looking up an address, plus pulling facts from Wikipedia when you look up popular points of interest. You can see an example below in our search for ‘Victoria, BC’: 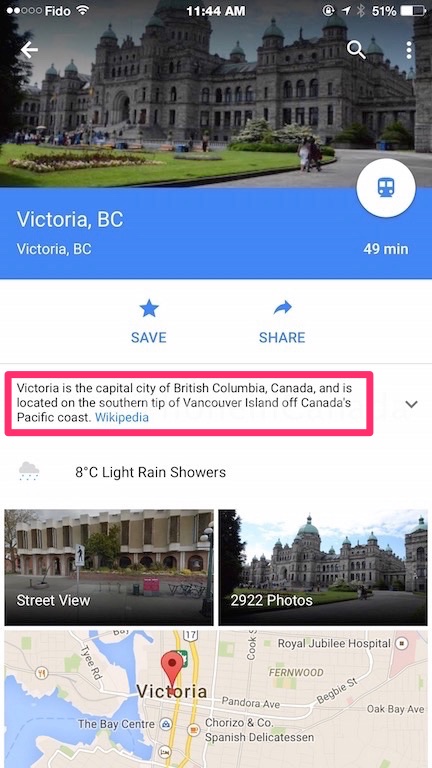 Also new is the ability to see a list of upcoming events at certain venues, plus you can now add public transport directions to your calendar. Also, you can earn a ‘Local Guides’ badge by sharing your reviews of places.

What’s New in Version 4.3.0
• See businesses nearby when looking up an address
• Get quick facts on popular points of interest
• See a list of upcoming events and performances at participating venues
• Earn your Local Guides badge by sharing reviews
• Add public transport directions to your calendar
• Bug fixes