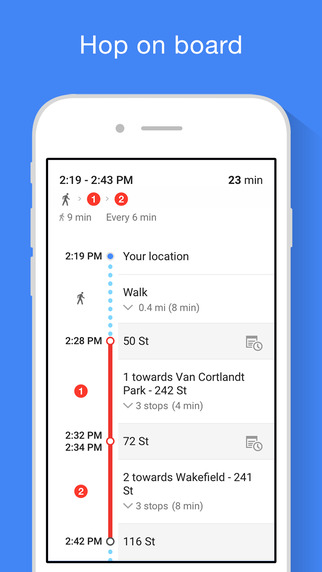 New sharing options of places are also available, which include broadcasting via Facebook and Facebook Messenger. Also new is an Image Gallery view which provides images of places in grids, making it easy to get a sense of your destination.

What’s New in Version 4.8.0
• Redesigned and improved Transit directions improve the experience in cities, giving you more route choice and real-time arrival information where available
• Additional app options for sharing a place (including Facebook and Facebook Messenger)
• Introduced an Image Gallery for a quick visual understanding of a place through a grid view
• Bug fixes

Let us know if you’ve noticed transit direction improvements in this update in your city or not.