Google Photos for iOS has been updated this morning to now allow users to back up and view their Live Photos taken on an iPhone 6s or iPhone 6s Plus, plus has also added better navigation and performance.

Your Live Photos back ups can be viewed on any iOS device, plus downloaded from Google Photos on the web in a “photo + video bundle”, explains Google. 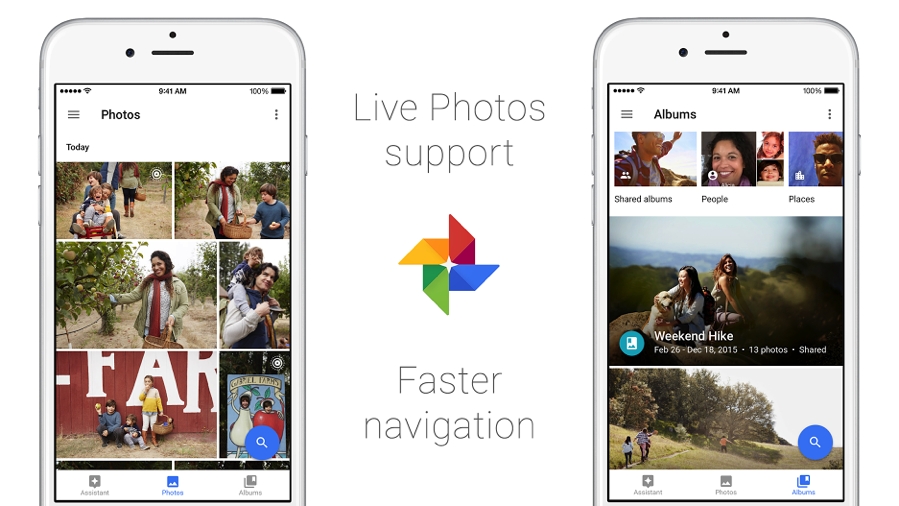 A new bottom bar now makes it much easier to navigate from Assistant to Photos and Albums, while the latter gets a new scrolling carousel view for your pictures and movies. This is definitely a welcome change from before, where you had to always access the menu bar to visit the Assistant.

The app also gains iPad split view and support for iPad Pro users, while when your device is low on space, it will reduce your cache usage.

Since launching last May, Google Photos has been one of my favourite apps for backing up my photos and videos, as it makes it so easy to view old photos and moments in time. If you’re okay with Google knowing everything about you, unlimited storage is available at your disposal for images 16MP or lower and videos in 1080p.