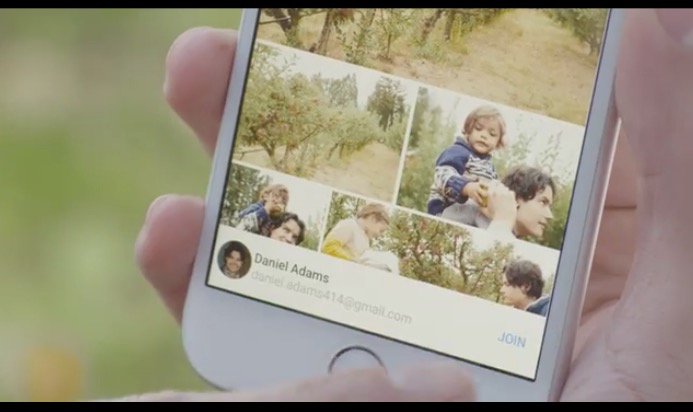 On one end of the photo sharing spectrum you have sharing on social networks. It’s extremely popular. You choose your most aspirational photos and you get lots of likes you feel good. On the other end you have 1-1 conversations with people in WhatsApp, Hangouts, Messages, etc. You’re taking photos of things you could buy for lunch, or asking people “should I buy this dress?” But if you look at where most of the photos we take sit on that spectrum, it’s somewhere in the middle of those two.

Shared Albums will have the option for others to add to it, similar to iCloud Photo Sharing. The update for the Google Photos iOS app is rolling out shortly today, and will also include Chromecast support to beam your images and videos to your TV. Shared albums are sent via a web link and does not require a Google Account to view.

With Dropbox recently announcing the death of Carousel for iOS in early 2016, this comes at a good time for those thinking about using Google Photos (which we love by the way), which offers unlimited photo storage for images 16 megapixels or lower in size.

Click here to download Google Photos in the App Store—the update should be out shortly (it’ll also be available on the web and Android).