Google has announced their Slides for iOS app has been updated to support AirPlay so you can beam your presentation wirelessly to an Apple TV. Also supported is the company’s Chromecast, so you can cast to any television that supports the device:

With just your phone or tablet and the Slides app, you can present easily to any screen with Chromecast or AirPlay. So you can say goodbye to wires and set-up stress. 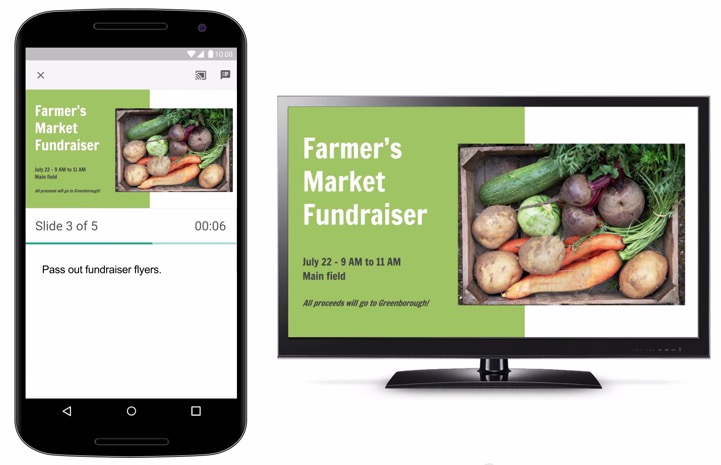 This addition will make it easier to show presentations to the big screen and control them from your tablet or smartphone. It’ll be huge in the education sector or anyone else that needs to send a slideshow to a TV or larger screen. Google launched Slides for iOS last August as part of a new addition to their Google Docs suite of apps.

Click here to download Google Slides for iOS in the App Store—the update is still propagating worldwide so it will available any moment.