Google Wifi for iOS has been updated to support 3D Touch, now allowing Quick Actions support for the app’s icon on your Homescreen.

According to Google, by using 3D Touch on the Google Wifi app on your Homescreen, you’ll get shortcuts to ‘Test Internet’, which checks your home network, plus Family Wi-Fi shortcuts and also access to your schedules. Here’s what it looks like: 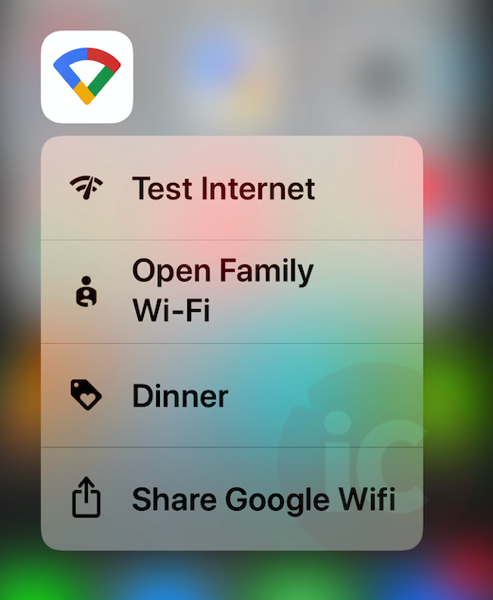