If you’re looking for a new app for vegetarian recipes, check out Green Kitchen, as it’s currently available for free within the Apple Store iOS app.

How to download this $5.79 app for free? Easy. Just launch the Apple Store iOS app, scroll down until you see the icon for Green Kitchen and tap it. From there, tap the green highlighted ‘Download now for free’ which will proceed to forward you to the App Store and start the download. 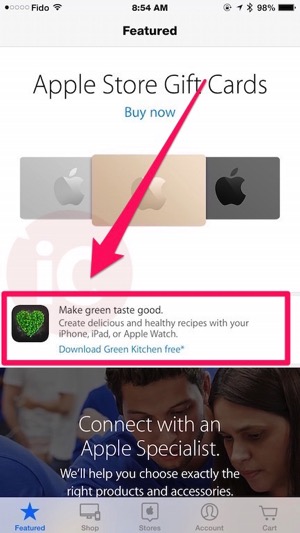 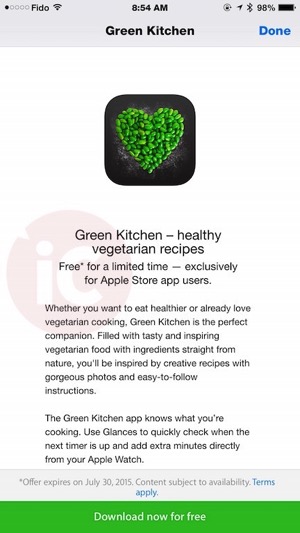 Green Kitchen was released back in 2011 and also has an Apple Watch app, which has an included timer to help you with recipes. You have until July 30, 2015 to download this app for free.

Let us know how you like this app. If you’re not into vegetarianism, just add bacon to every single recipe.