NBCUniversal International’s streaming service, hayu, has updated its iOS app to now support Sign in with Apple. This sign in allows users to sign in with their Apple ID, but with the ability to hide your real name and email from the reality show-based streaming service. 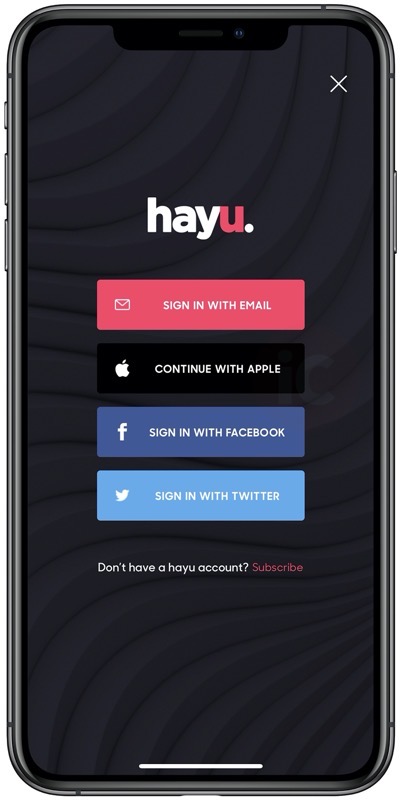 “You can now use your Apple ID to sign in and manage your account on hayu. And in this release, we’ve fixed some bugs and made performance improvements so you can keep enjoying your favourite reality TV shows,” explains the app update.

When you use Sign in with Apple, you’re able to edit your first and last name, while also hide your email address. Instead, a masked email will be created and any incoming messages forwarded to your real email.

Sign in with Apple will create a masked email such as ‘abc123@privaterelay.appleid.com’ to provide to hayu and any contact to that email will be forwarded to your email associated with your Apple ID.