Want to hide any stock app on your iPhone or iPad without jailbreaking? You can do so by downloading the free app, HiddenApps, which launched in the App Store five days ago. 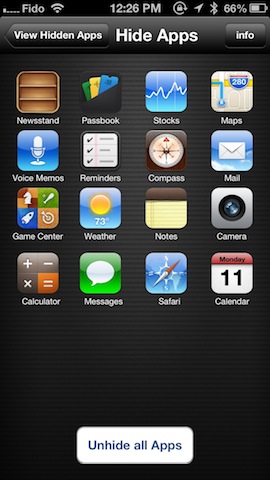 Once installed, tap on ‘Hide Apps’. Then, select the stock app you wish to hide. Immediately, you’ll be asked to install “Poof”. 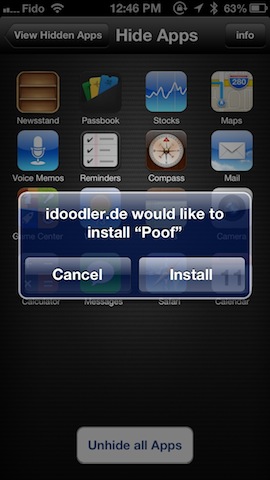 Agree to install it, but it will declare “unable to download application” even after you click retry. Just hit ‘done’, then delete ‘Poof’ from your home screen. The stock app you wanted to hide is now gone. It won’t even show up in Spotlight, as you can see below after I hid Newsstand: 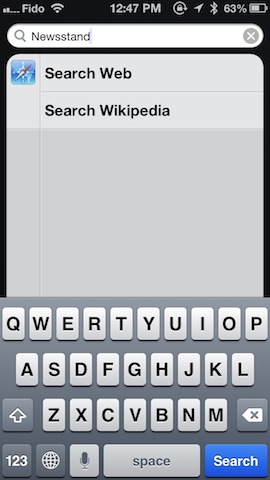 To get back the stock app, just reboot or respring your iOS device.

HiddenApps is a free download, but it won’t be for long. Not sure how this one bypassed Apple’s review team. Let us know how HiddenApps works for you!

Update: …and that’s all folks. Apple has pulled the app. Were you able to download it?