If you’re an HSBC customer, their iOS app has been updated for iPhone X.

Today’s update only says it includes “bug fixes and minor enhancements,” but after launching the app after the update, it does support the taller display of iPhone X. The previous update for the app came three months ago, and those release notes were similar in nature. 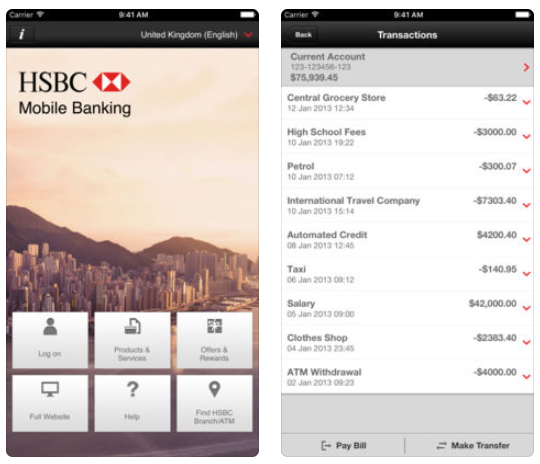 The HSBC Mobile Banking iOS app looks to be an app wrapped up in a web wrapper and not a fully native app. The app allows customers to log in from around the world and view account balances and their transaction history and also transfer money.

The app currently averages 1.5 out of 5 stars in the App Store, as it appears users aren’t happy with this app and its limited functionality.