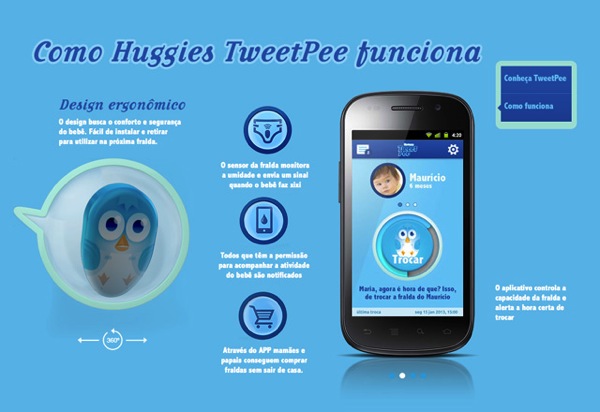 Looks like the future of changing diapers is about to get disrupted, if the following idea from Huggies makes it to the market.

According to Brazilian site Brainstrom9 (via Adverblog), the company has launched a new concept for Huggies ‘TweetPee’, a sensor that attaches to a baby’s diaper with a humidity sensor. When your baby urinates the sensor detects it and will send a tweet to parents’ Twitter accounts. Mind. Blown.

Although just a concept at this point in time, it sounds interesting. But how healthy would it be to have a device connected to your baby at all times? Check out the video below (it’s in Portuguese):