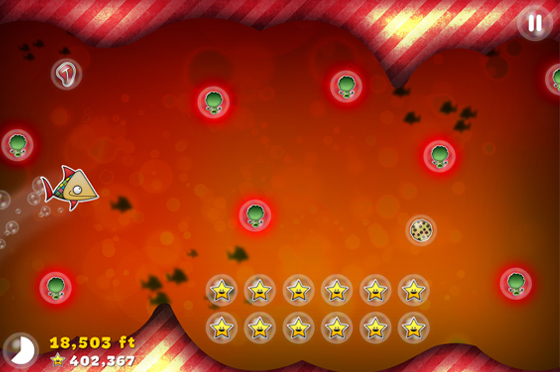 There is a new all ages mobile game being developed by the community, for the community, called Hungry Fins. It is being developed by a non-profit, volunteer studio called PepperDev. The game is in the final stages of development, but the need a bit of help to get the game released. They have started a Kickstarter page, and partnered with the BC Children’s Hospital, they hope to get the game released this spring.

With every dollar we raise and game we sell, partial proceeds will always go to helping people in less fortunate situations. We love Hungry Fins and the moment the game is ready the PepperDev team will be surprising some special youngsters at the BC Children’s Hospital with a donation of iPads pre-loaded with Hungry Fins!

The game is simple, yet fun for children and adults. It follows a little fish named “Fins”, who has run out of food and has to go an an adventure to fill his belly. He loves to eat just about anything, except the evil broccoli. It is a 2D, side scrolling game, where you have to navigate through the levels eating as much food and stars as you can, while avoiding the broccoli.

Here’s is the official trailer for the game:

Head over to their Kickstarter page, to be one of the first to play Hungry Fins, and help out the community.