The new My Surrey iOS app is using technology from IBM never used before in a “citizen services” app, the company tells Fast Company.

The new app includes support for Apple Watch, but not only that it incorporates IBM’s Watson platform, which leverages the latter’s complex language and data analysis to allow residents to ask questions in natural language. You may remember Watson as the computer that slayed Jeopardy contestants in 2011.

Developer Purple Forge was hired by the city to work on the app, which integrated existing city tools and services. Residents can ask questions by typing into the iOS app, the web, or by asking directly on their Apple Watch.

The Apple Watch app shows a series of FAQs, but also allows you to dictate your question. We asked Watson “what time do we need to put our garbage out to the curb?” and we received a response detailing a 7:30am time on collection days. 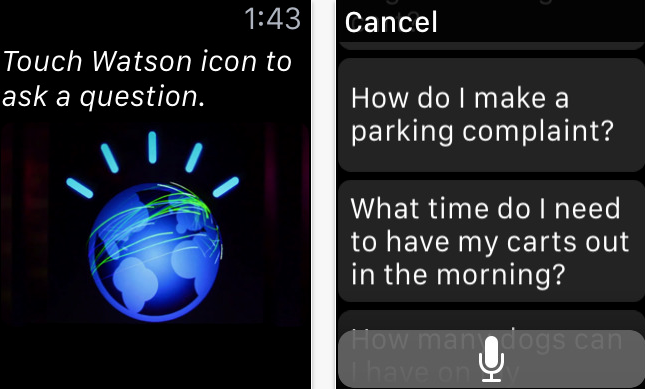 We tested the app on iPhone and similarly received an accurate response on the first time as well: 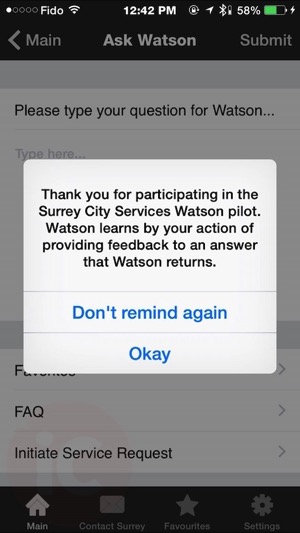 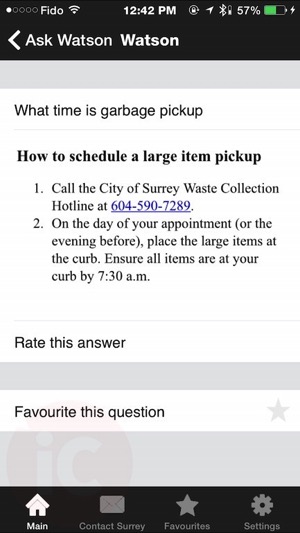 This is a pretty cool pilot and makes accessing city information and services really easy. Let us know if you’ve been using the My Surrey app and Watson!