Popular service IFTTT (if this then that) enables users on the web to use recipes to automate certain triggers related to tasks or events. You can setup an IFTTT recipe to do things such as share every Instagram photo to your Facebook wall, or receive texts if the forecast shows rain. It’s a powerful service and the company has now released an iPhone app so you can use IFTTT based on your actions with your phone. For example, upload images take with the front-facing camera to Flickr.

Description
Put the internet to work for you.

IFTTT lets you create powerful connections with one simple statement — if this then that.

Activate your Channels and create Recipes on IFTTT!

Recipes are connections between your Channels that unlock entirely new ways for your services and devices to communicate with each other. 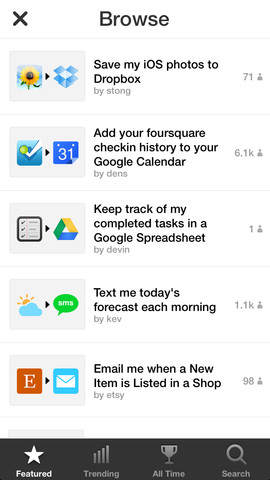 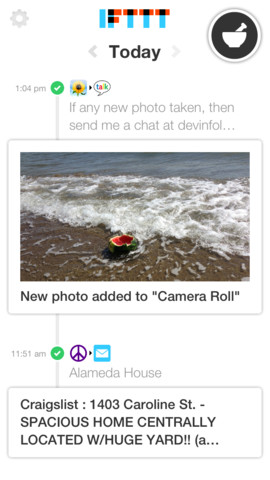