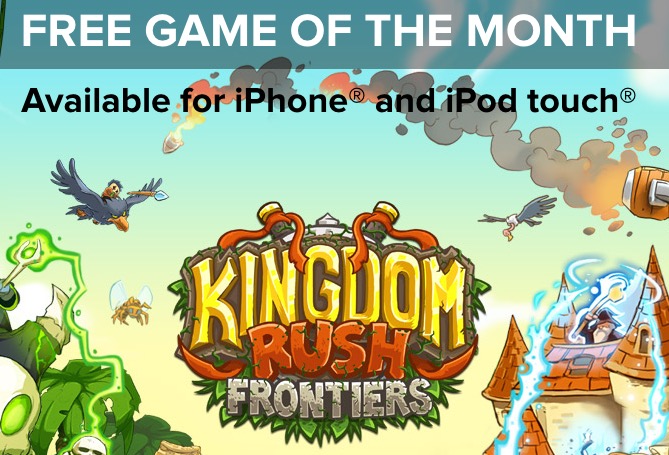 Check out the game trailer below:

How to download Kingdom Rush for free? Click here to get a promo code via IGN, while supplies last.
I repeat, you MUST get a promo code from IGN to get the game for free—it’s not discounted in the App Store. Enjoy!