This is something the official Facebook iOS application should have supported ever since the introduction of video calling service back in July but as always, Facebook developers for iOS have been too lazy to make any improvements to their official app. Luckily, we now have IM+ video that makes video calling to your Facebook friends a one tap affair. Its that easy! With IM+, you can place video as well as voice calls to your Facebook friends simply in addition to the regular Facebook text chat. Best of all, the application is totally free! 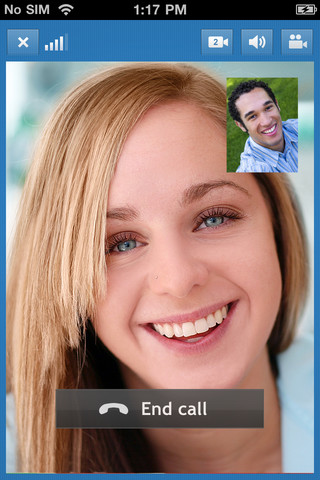 The app works seamlessly over WiFi as well as 3G and Edge connections. Calls to IM+ video can be placed from Facebook website by simply typing / call in chat window and similarly can be returned with one-click callback. Below is the official iTunes description for IM+ video:

IM+ Video is here to take the vacant position of all-in-one Facebook chat application on your iPhone / iPod Touch / iPad. With its ultimate selection of features and sleek minimalistic interface, IM+ Video is a must-have app for everyone who uses Facebook to stay in touch with friends, family and colleagues on everyday basis.

Why IM+ Video?
– The one and only application offering free Facebook video and VoIP calls without any hidden costs
– No carrier/network restrictions: IM+ Video uses your current Internet connection regardless of whether you are on WiFi, 3G or Edge
– Calls can be received on Facebook website and you can call all your Facebook friends, not only IM+ Video users
– Calls can be placed from Facebook website by simply typing /call in chat window
– Calls can be easily returned with one-click callback
– Conversation history and event log for each contact
– Photos sending from camera or photo library
– Apple Push notifications and iOS multitasking support
– 3 awesome themes to fit your mood: Simple White, Paper and Racing
– Built-in web browser

…and many other features will make your Facebook communication efficient and enjoyable. 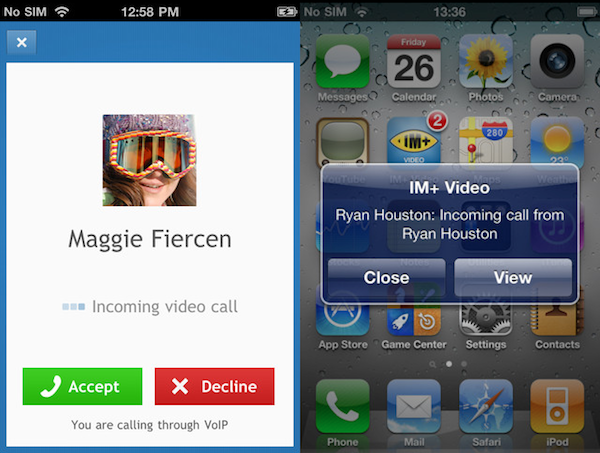