Apple has updated iMovie for iOS with the ability to edit movies in 4K for the iPad Air 2 on iOS 9.1 and the upcoming iPad Pro. The release also includes various bug fixes listed below along with “performance and stability improvements”:

What’s New in Version 2.2.1
• Create and share movies at 4K resolution on iPad Air 2 with iOS 9.1*
• Fixes an issue that could prevent users from creating new trailers in some languages
• Resolves issues importing and removing projects from iCloud Drive
• Addresses interface issues that could appear in some right-to-left languages
• Addresses interface issues that could appear in iMovie extension for Photos
• Performance and stability improvements 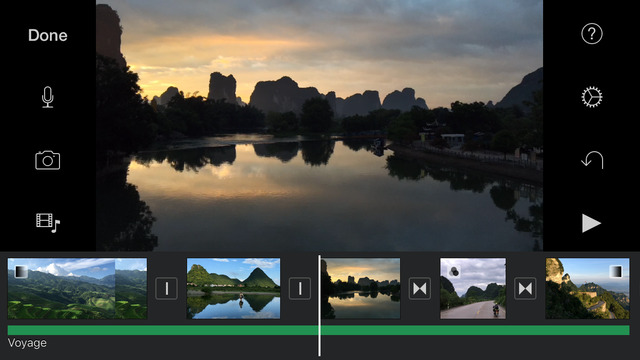 Apple said the iPad Pro would debut in November, and this update could hint it’s coming earlier in the month than later.