Many of us have already joined Google+, a social network operated by Google which was launched only two months ago and has already reached 25 million users. If you’ve already entered the circles of Google+ and also have an iOS device at hand, this app is what you need to import all your photos from Facebook, Flickr, Instagram and even Photobucket within minutes. 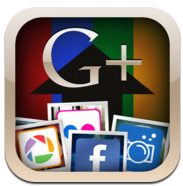 Its called Google Plus Photo Importer and is available in the Appstore for $0.99. Once you have installed the Photo Importer app on your iPhone or iPod touch, you can instantly select and import hundreds of photos from all the supported networks directly into your Google+ profile. 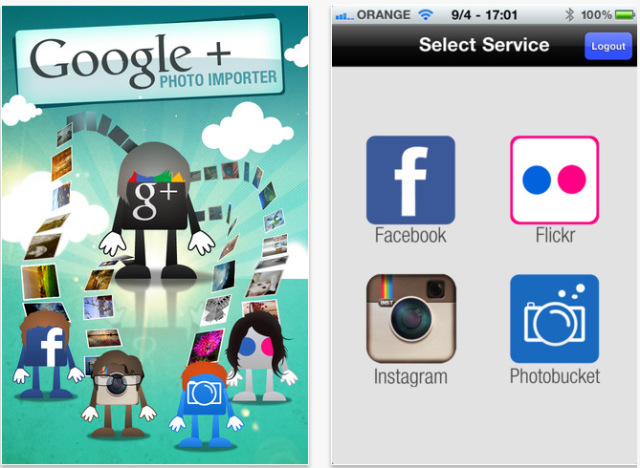 Google Plus Photo Importer allows you to either select individual photos from an album or simply pick the entire album at once to import. Best thing is that when you import your photos into Google+, all your photo album titles, image titles and even their metadata is preserved which saves you the hassle of having to re-organize all your imported photos once again.

Below is the official iTunes description:

Built on cloud to cloud technology, Google Plus Photo Importer allows you to bring your online photos together from various social networks, and it’s blazing fast!

Here’s what you get…

? Built on Cloud to Cloud technology: Easily import dozens of photos in seconds.

? Does not affect bandwidth or data usage “Cloud based transfers”.

? Select multiple or all photos in your albums – transfer with a single tap.

? Save a lot of time and hassle. 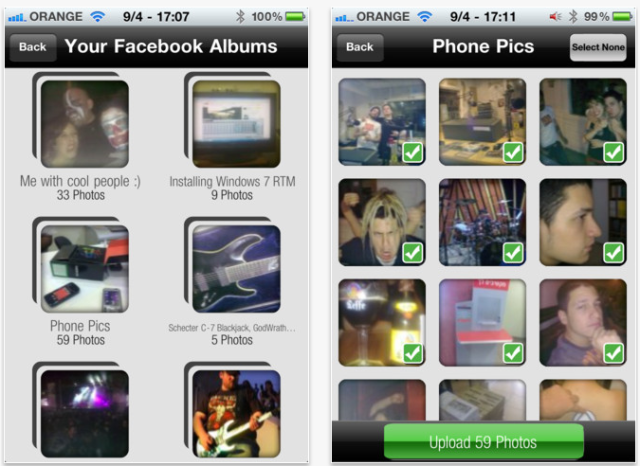