A new iOS app for Candian lottery enthusiasts has recently hit the App Store called LottoPal. The iPhone app helps to improve the odds of winning in Canadian 6/49 lotteries by assisting players in making smart picks based on statistical analysis of previous lottery draws. The app also displays latest winning numbers and payout information and even let you print your picks on lottery cards.

1. Generate smart picks for your favorite lotteries
2. Display the latest winning numbers and payout information
3. Print your picks on lottery cards (available from lottery retailers)
4. E-mail picks to your pool players
5. Match up your picks with winning numbers
6. Generate up to $5 worth of picks per lottery/draw 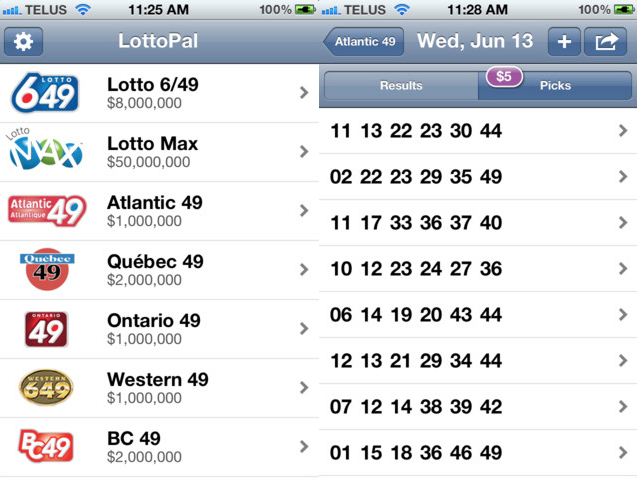 The app is available as a free version as well as paid one ($4.99). Below are the App Store links: